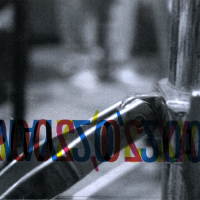 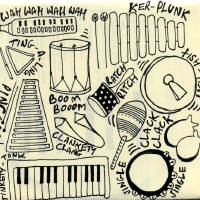 "Solar Cycle (Revolution One)" is the beginning in the exploration of a new ritualistic concept and field, one that I hope you'll be able to experience in an upcoming release.
Posted by Mind Booster Noori at 10:39 No comments:

This one counts already as August's "Free Track Per Month"... but for those who are going on vacations, August came a little earlier!

Tribute To The Dead Soldiers Vol.II is a free 2 CDs compilation of "Dark Ambient, Neofolk, Martial & Industrial music, a gift in memory of the dead soldiers...". Merankorii's track, "Playground" is, as you might notice, a remix of Merankorii's soundtrack for the free movie "Playground". Lots of talented bands on the compilation, so... what are you waiting for? Click on the cover and download it!

Posted by Mind Booster Noori at 15:15 No comments:

Not Our World Alone (Free Track)

For this month's "Free Track", I'll present you a free just-released 3CD compilation called "Not Our World Alone", released by Pavillon36 Recordings.

Their description of the album:

For its first compilation Pavillon36 Recordings is pleased to offer you a selection of the best of dark electronic music underground scene.
50 artists united around the idea of not being alone, and share their vision of a world outdated by his own dreams.
In finale, it's a collection of black poetry, noise and tortured feelings that is offered to you and that, let us wish it, will allow you to recover being discussed.